As the provincial capital of Zanjan state locating at the western part of Iran, Zanjan is the 19th most populated Iran city. “Zanjan” as a specific name has been given from an Arabic term “Zangan” while local people still call the city by this specific Arabic name.

Through the whole great and unique handicrafts which have been originated from Zanjan such as carpets, ‘Charoq’ filigree work, silver and a variety of ‘Kilim’ and ‘jajim’, producing the most well-known handmade knives of the whole country is attributed to Zanjan.

Zanjan is located in a mountainous region which has great communication between central parts of Iran plateau and Azarbaijan region; by this communication way, agricultural products as one the most valuable goods are transferring.

Most highlighted features of Zanjan

Marvelous historical records which show the historical brilliance of the great “Zanjan”, is considered as one of the most highlighted features of this city. Archeological excavations have found traces of Paleolithic cave settlers in the area. According to some accounts and based on traces of Sassanid Fire Temples scattered around the city, Zanjan is one of the cities founded by Sassanid King Ardashir I, the Unifier (180-242 CE).

Iranian saltmen which have a universal value have been discovered in Zanjan. The saltmen are six salt mummies from the Achaemenid (550-330 BC) and Sassanid (226-651 CE) eras that were found in Chehrabad Salt Mine.

One of these Saltmen is housed at the National Museum of Iran in Tehran while the others are on display at the Archeology Museum of Zanjan in Zolfaqari Mansion.

Zanjan is a city rich in history. Some of the city’s famous sites include a traditional bazaar, a Jame Mosque, Mullah Hassan Kashi Mausoleum and the Zanjan Wash House.

In addition to the historical attractions, Zanjan has several natural attractions such as Sharshar Waterfall, Kataleh Khor or Katalehkhor Cave, Jinn’s Chimney, Mahneshan Colored Mountains and Garmab Thermal Spring. A ski resort named Papayi close to the city which accommodates 500 skiers every year, is considered as one of the other splendid attraction of this lovely city. 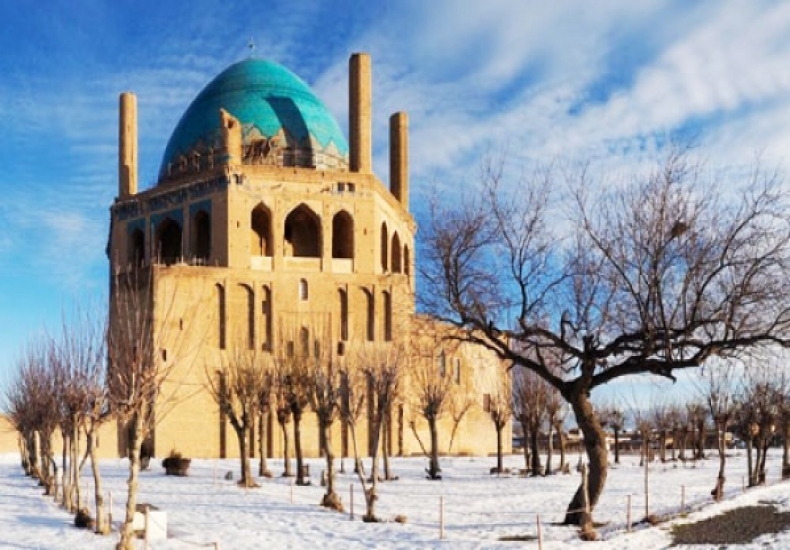