Persepolis or Takht-e Jamshid, is a historic city located approximately 60 km in the northeast of Shiraz, in the region named Marvdasht which was declared as a World Heritage Site by UNESCO under the name "The ruins of Persepolis".

The original name based on a Sasanian inscription was "Sad Sotoun", which means hunder pillars, and the actual name comes after a myth which will be explain later in this article. The english name comes after the Greek name of Perses and Polis which means the "The Persian City" or the "The City of Persians".

Based on the archeological investigations, Persepolis was built by Darius the Great to be the new capital of the Achaemenid Empire in 518 B.C. . Nowadays we believe that during the construction of Persepolis participated several architects, artists, scientists, workers, men and women who in addition to having a fixed salary benefited from additional insurance which was very rare for that time.

Persepolis was expanded in the later time of Darius the great, by his son Xerxes and his grandson Ardashir I. According to the studies of the archaeologists and their research on this historic city, Persepolis was composed of 139 buildings in one hundred twenty-five thousand square meters and counted with four and four thousand inhabitants.

During the Achaemenid era, many ceremonies were held in Persepolis, especially nowruz, in which kings used to receive gifts from other empires, international allies and the rulers of the 128 regions under the control of their empire.

Unfortunetally almost 200 years after the construction, Persepolis was desctructed by Alexander the Great after he invaded the Achaemenid Empire. The huge city burned completely and it turns to a city of the deads. The remains are the best explanation of the glorious days of the achaemenid empire and the demonstration of the city of Persepolis where many events have occurred and the architecture and way of living of that time are still a surprise for researchers of history.

Today you can visit the below remainings of Persepolis:

Apadana Palace - Built by Darius I

Tachara Palace - Built by Darius I

Hadish Palace - Built by Xerxes I

The Throne Hall - Built by Xerxes I

Gate of Nations - Built by Xerxes I

Imperial Treasury - Started by Darius I and finished by Xerxes I

Now its time to explain where the name of Takht-e Jamshid comes from (Jamshid Board)! The famous Iranian poet, Ferdowsi, in his epic book "Shahname" mentions a king named Jamshid who reigned in Iran for seven hundred years and it was during his reign that he began to celebrate the nowruz. For that reason after the invasion of Alexander the Great and the Arabs, when the Achaemenid empire had been forgotten by the people, the people who crossed that region and observed the remains of Persepolos, supposed that these remains are those mentioned by the poet . Later the archaeologists found the remains and translating them announced that those remains belonged to Parseh or Persepolis.

The visit to Persepolis begins from the Gate of Nations, where historically they used to enter the representatives of the other empires and the governments under the control of the Achaemenid empire, and later they acceded to the palaces where their destinies were.

Our Iran culturan tours are mostly provide the option to explore Persepolis and its incredible history. 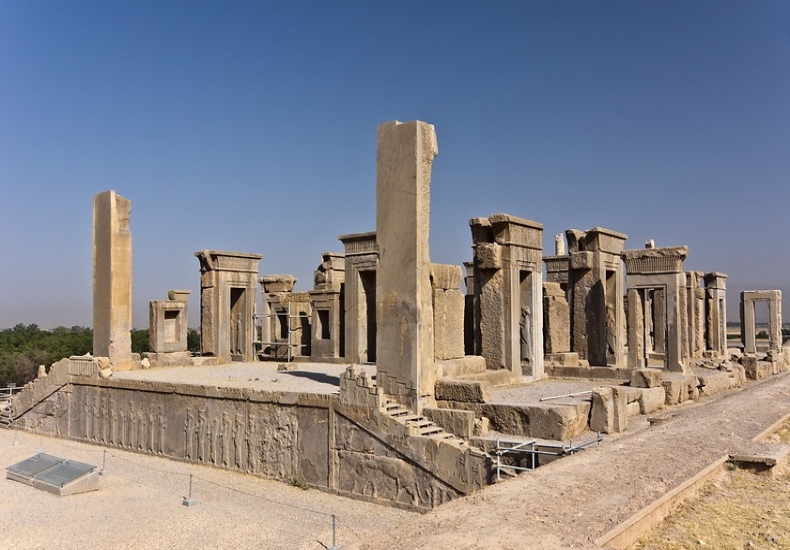 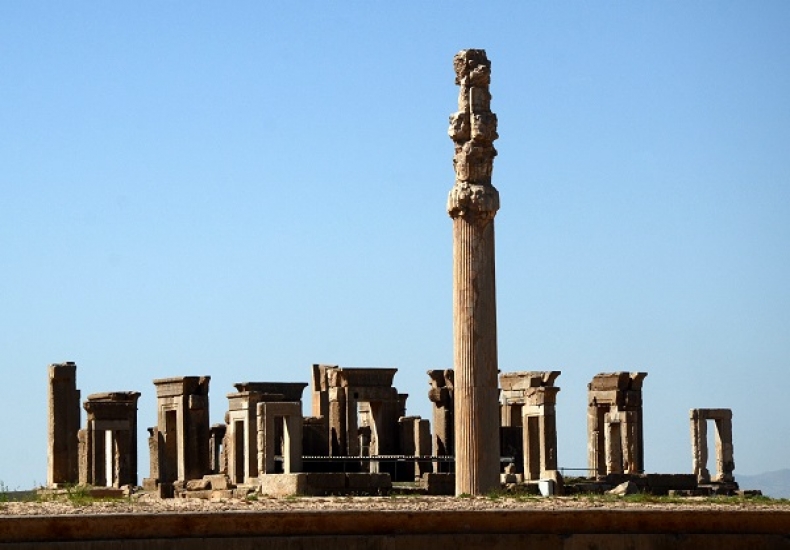