Alamut castle also known as “The castle of Assassins” is located in Alamut region in south Caspian province of Daylam near Rudbar, and about 100 km from today’s Tehran. This castle was used as a fortress which was built on a hard to reach rock of Alborz Mountains. The ruins of this fortress is above the village of Moallem Kalayeh, an isolated village.

What is written below briefly tells the story behind its appellation and some of the things that it went through over its living years.

Alamut castle was founded by an ancient Persian king, who was a Justanid ruler, called Vahsudan. The story begins from when he was on a hunting expedition in a far off valley. It was then, when he saw an enormous adult eagle landing on top a rock, which was hard to reach. He then took this as a propitious omen, and due to it’s tactical and strategic location he decided to build a castle, naming it Alamut. Which could be interpreted as “Eagle’s nest”, “Eagle’s teaching” or “Nest of punishment”.

The castle was under Justanid’s control for two centuries until, it was seized as a mountain fortress in 1090 AD, with the leadership of Hassan Sabbah.

The ruling dynasty of the time was Seljuks. The Seljuk Empire was against Shia Niazari’s Islam. The Ismailis and other Iranian people of that time were not pleased with farmland divisions and taxes citizens were made to pay in order to live there. Each of the Amirs (rulers of each division) had full power and control over their ruling districts.

Hassan Sabbah found out that his coreligionists are spread throughout the country, especially in northern and eastern regions, more specifically in Daylaman, Khorasan and Quhistan. He was against the economic oppression Seljuks imposed on people. He also took advantage of his and the people’s shared resentment towards Seljuks, who were Sunnis, and was looking for an opportunity to launch his revolt. But first he had to find a base from where he could lead his plan.

He then moved to Andej from Qazvin, and pretended to be a school teacher, introducing himself as Dehkhoda. He stayed there for two years, hiding from the anti- Shia Grand Vizier of the time “Nizam al Mulk”. While he was there, he converted many villagers to Islam and instructed them on how to be employed in the castle. After two years he came out of the village, and headed for the castle, he made friends with the guards and soldiers after making his way into the castle, but he was careful not to attract the castle’s land lord, Mahdi.

After conquering the castle, Hassan Sabbah openly declared his anti –Seljuk rebellion. He started building defences for the castle, and in order to gain independence in food, he thought of improving irrigation. He also built a giant library, and a learning center for mathematics, alchemy, astronomy and philosophy.

In October 1092 Hassan Sabbah sent one of his Fadais to kill Nizam al- Mulk. This incident brought Alamut castle to attention. The Fadai travelled to the city of Nahavand, where the Grand Vizier’s convey was resting on his way back from his journey from Isfahan to Baghdad, and stabbed Nizam al Mulk while on his litter, and killed him.This brought chaos to Seljuk’s state.

Hassan’s followers were known as “Hashshashins” or Assassins. For many years and centuries, they fought stronger enemies, and killing Crusaders, Viziers and Caliphs. Of those people were Sir Conrad Montferrat, the crusader king of Jerusalem who were assassinated by blade! King Edward I and Sultan Saladin were lucky enough to be able to escape the assassins.

The story of Hassan Sabbah was brought to light later by Marco Polo as he mentions Hassan Sabbah as “The old man of the mountains”. He who fooled the warriors by giving them potion, taking them to a secret garden chamber, showing them rivers of wine and honey, palm trees and enchanting Huris (beautiful women). Promised them this paradise if they followed his every order.

The franchise of Assassins Creed and The Prince of Persia was inspired by this story.

Alamut Castle was invaded by Mongols in 1256 and was surrendered to them by Ruknu- d- Din – Khurshah. The library and its holdings were all destroyed.

How to go to Alamut and how to see Alamut Castle

Today Alamut castle is partially restored and is open for visit, due to its importance in Persian history. Nearest city to Alamut is Qazvin, which is about 150 kilometres from Tehran and about 2 hours of driving. Moallem Kalayeh village is also 1.5 hours away from Qazvin.

Hiking up to the Alamut castle requires a moderate level of fitness and wearing comfortable hiking shoes is a must. The routes consist of more than a hundred steps and can take about 1- 2 hours with a moderate pace.

The hiking trail might be closed in winter due to heavy snow, other than that it’s always open for visit.

Alamut castle is the preffered destination by the history and trekking activity lovers. Many tourists who visit Iran, want to have one day excursion to Alamut and Rudkhan Castle. This Incredible fortress is easily reachable by our tours and services. 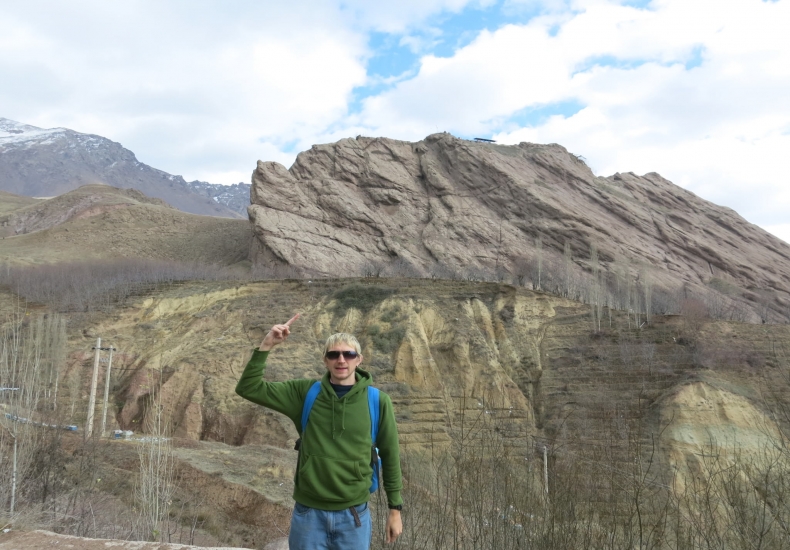