The Golestan Palace (English name) or Kākh-e Golestān (Persian name) is the former royal Qajar complex in the capital of Iran, Tehran. This beautiful palace with the immense garden that surrounds it has become the most desired attraction to visit by tourists who travel to Iran. The existing Golestan Palace was built during the Qajar dynasty to be the symbol of the mixture of tradition and modernity of that time. The kings of Qajar were not enough to have this Palace and they were attracted to build more palaces in Tehran. If true! The Niavaran Palace and the Sadabad Complex were also works of the dynasty although they were completed by the Pahlavi family.

Although the Tehran citadel (where the Golestan Palace is currently located) was built during the Safavid dynasty and was renovated under the orders of the famous King Karim Khan of the Zand dynasty, Mohammad Khan Qajar chose Teheran as the capital of the Persian Empire and that decision was the origin by which Golestan Palace has become what it is today.

The Golestan complex consists of the following palaces, halls, buildings and works of art:

This spectacular terrace was built in 1806. The wall decoration of terrace consists ofmarble-carvings, paintings, tile-work, mirrors,stucco,woodcarvings, enamel and lattice windows. The Marble Throne was designed by Mirza Baba Naqash Bashi.

Karim Khani Nook  was part of the interior residence of Karim Khan Zand in Shiraz. This terrace has a small marble throne inside it. Nasser ed-Din Shah the Qajar king  was the founder of this corner of the Palace who used to spent time to rest there.

Howz Khaneh used to be the summer chamber as it was a cool place due to the pumped water from the subterranean system of streams into small ponds inside the chambers.

The Hall name comes after the extraordinary mirror work of Iranian artists. The room was built by the order of Nasser-ed Din Shah to replace another hall called Talar e Bolour  also known as the Crystal Hall.

here's the most exceptional chinaware:

Ivory hall is one of the largest rooms in the complex which used to be the dining room. This hall is decorated with gifts from European monarchs. There is a beautiful watercolor piece by Mahmoud Khan Saba (Malek-o Shoara) which shows the exterior view of this hall during the Qajar period.

Mirror Hall  is the most famous hall in the complex due to its extraordinary mirror work. The decoration was designed by Haj Abd ol Hossein Memar Bashi (Sanie ol Molk).

Salam Hall is  the only hall that originally designed to be a museum.  Ceiling and walls of the hall are decorated with plaster moulding, and the floors are covered with mosaic.

Situated in the southern wing of the complex and next to the building of windcatchers, The Diamond Hall consists of exceptional mirror work  which shines like a diamond.

Building of Windcatchers (Emarat and Badgir)

Built during the governor of Fath Ali Shah, the building of windcathers was built to allow the cooling wind to move through the structure.

As the most stunning structure of the Golestan Palace, the famous building of the sun, was built since Nasser ed-Din by his order so he could have a panoramic view of the city.

Situated under the Salam Hall, Gift Museum was used as a warehouse for the chinaware and silverware which was dedicated to Qajar kings. Currently there are kept the helmet of king Ismail, bow and arrows of King Nader,n armband of Fath Ali Shah, the collection of Qajar Seals, Agha Mohammad Khan's crown, and a decorated ostrich egg.

Here is we're you can find out about the precious gifts were sent to Nasser ed-Din Shah by the Ottoman Sultan Abdul Hamid.

Nasser ed-Din Shah was a fan of Europe trip because he was very impressed by the exhibition of artifacts and valuable objects at European museums. Once he came back to Iran, he built this hall to exhibit paintings, royal jewels, and other royal artifacts.

Iran Negin Travel team recommends you to visit Golestan Palace, which is the most beautiful important palaces and the only UNESCO World Heritage Site in Tehran. Through our Iran tours packages you can visit every single important sights in Iran. 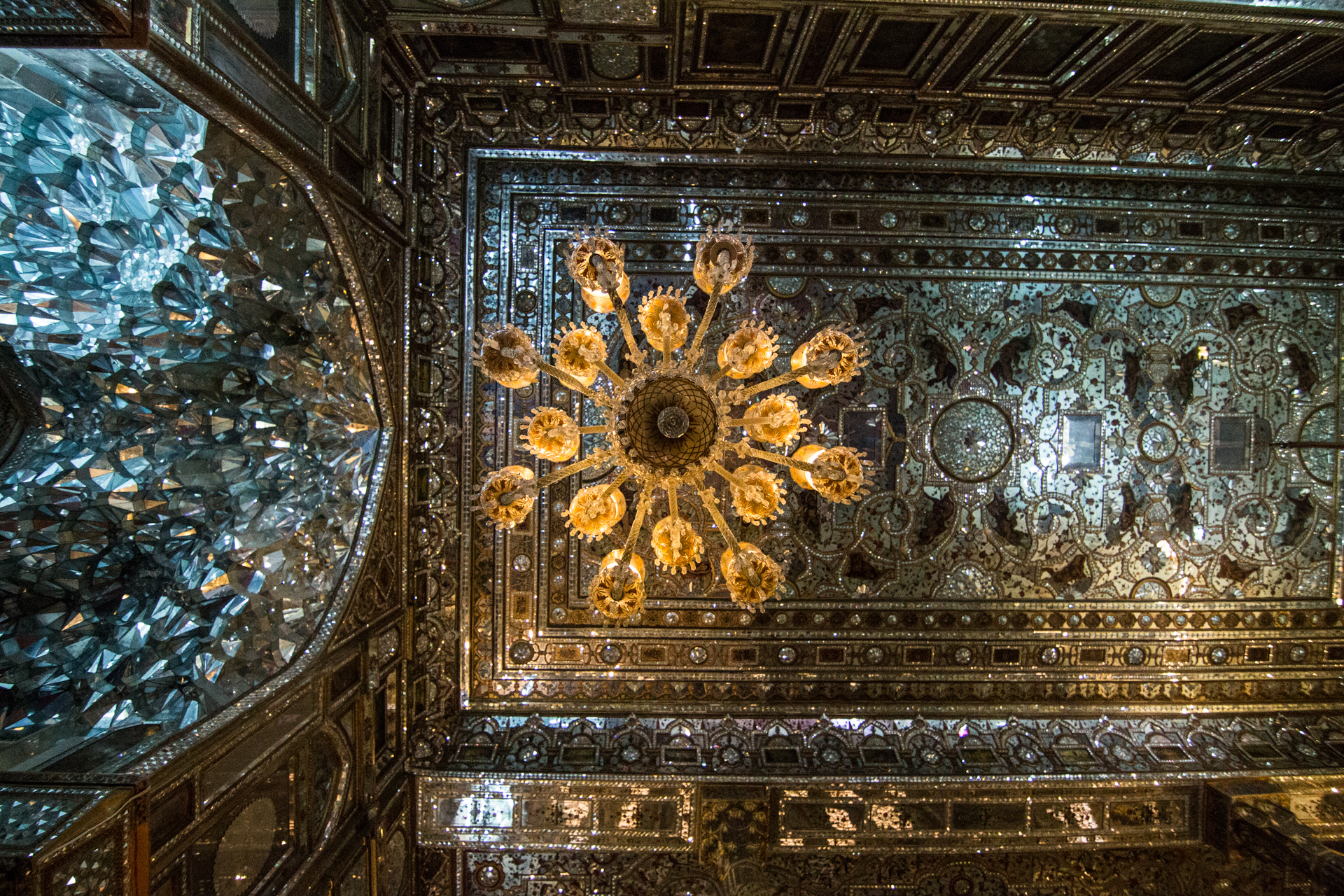 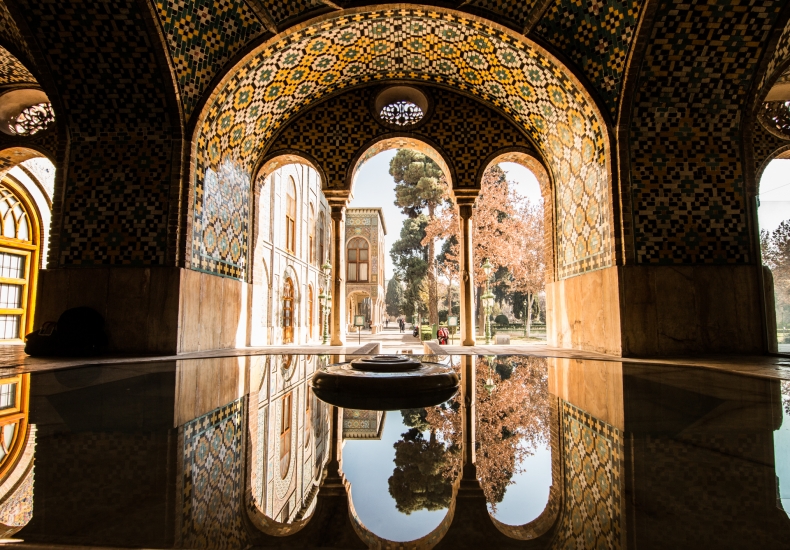 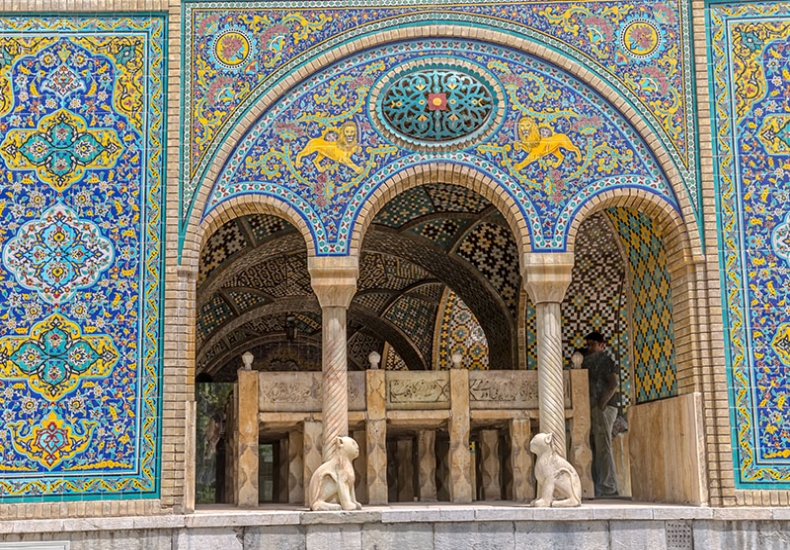 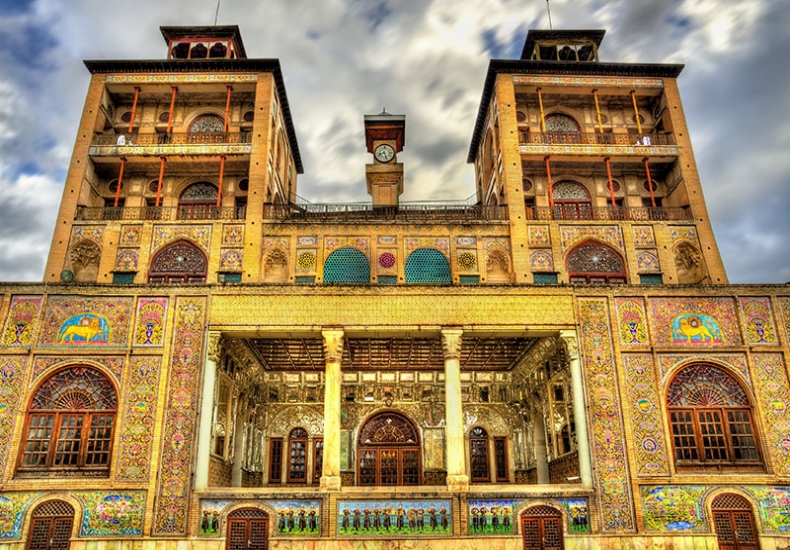 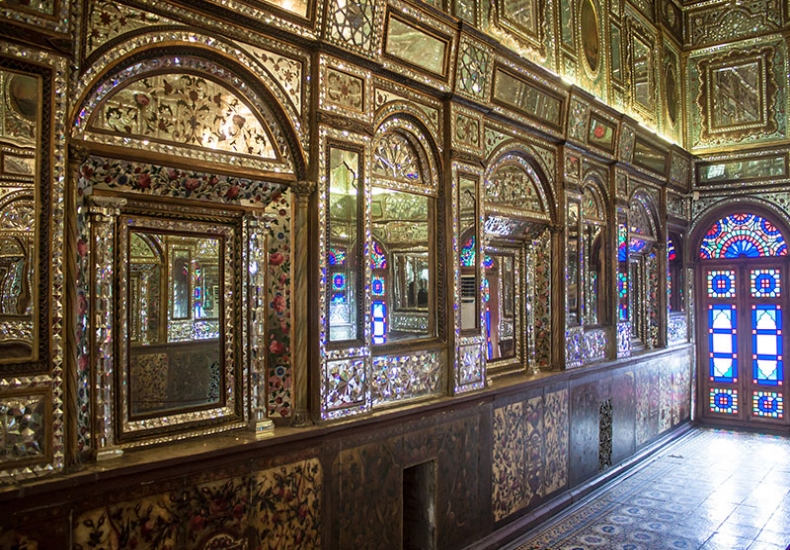