Behind every historical building, every monument, and every sign of ancient history, lies mysteries, told and untold stories, but whatever had happened and whoever had passed through the doors, leaned to the castles’ walls, rode their horses through the gates, built cities or burnt them into ashes, bowed, vowed, killed, got killed, reclaimed or got reclaimed, they all have left their footprints, whether good or bad. What physically remains of the history, is what seem to amaze us. We might not be professionally interested in history, but old buildings, vestiges of castles and fortresses, inscriptions, and any sign from the old times, never seem to bore some of us. Each of those make us wonder about the founder, builder and the commander, who either built or gave orders to build.

We wonder about the idea behind building those cities, castles, fortresses, and memorial monuments, the logic behind picking the spot they had chosen to setup those structures and the reason why, they had chosen them as the capital of their kingdoms. And most famous question of all, how on earth could they setup such robust and magnificent structures with so little and limited facilities?

What were the ideas behind writing the inscriptions they had written, who might have written those inscriptions, what was passing through their minds when they were writing and inscribing them? We’re talking about an ancient city which was built by the founder of first Persian Empire, the Achaemenid Empire. The city of Pasargadae, located in the cradle of civilization.

Please bear with us until the end of this probably long virtual tour of Iran through Pasargadae.

Plan your trip to Iran, and make sure you explore this glorious site in person and get in touch with remnants of what used to be the capital of the world.

Pasargadae with an area of about 180 acres, was the first Achaemenid capital located in ancient Persia. To be more specific, Pasargadae was the dynastic capital of Achaemenid empire, founded by Cyrus the Great, who also issued the construction of the city (559- 530 BC). A trilingual cuneiform (Elamite, ancient Persian, Akkadian) inscription, and the similarity of Pasargadae to Persepolis (Takht-e-Jamshid ,Parseh) in terms of architecture, are both indicators that confirm the fact that Pasargadae was built by Cyrus the Great.

Pasargadae is located in the plains of Murghab and is surrounded with nothing but mountains and nature. Pasargadae plains are in 130 km from city of Shiraz, 1900 m above sea level and dates back to Paleolithic era.

Pasargadae was the capital of the first great multicultural empire in western Asia. Spanning the Eastern Mediterranean and Egypt to the Hindus river. It is considered to be one of the first empires that respected the cultural diversity of its different peoples. It was also reflected in their architecture, a synthetic representation of different cultures.

The site of Pasargadae consists of, the Tomb of Cyrus the Great, Pasargadae Mosque, Pasargadae Royal Garden, Gate of All Nations, Bridge, Audience Palace, The Private Palace (The Residential Palace), two Summerhouses, Royal Garden fountains, Tomb of Cambyses II(Solomon’s Prison), Tall-e-Takht citadel (Solomon’s Throne), Mozaffari Caravanserai, Sacred Precinct and, Bolaghi Canyon (Persian: Tange Bolaghi). Its palaces, gardens and the tomb of Cyrus are outstanding examples of the first phase of Royal Achaemenid art and architecture and exceptional testimonies of Persian civilization. According to Herodotus, Cyrus the Great died in a battle, fighting with Massagetae, 530 BC. Pasargadae is also the location of Cyrus the Great tomb.

Today, Pasargadae is an archaeological site and in 1931 it was registered as one of Iran’s National Monuments. Given that it met most of the criteria on UNESCO’s list of “World Heritage Criteria”, it was chosen as one of UNESCO’s World Heritage sites, in 2004 and with 100% of the votes. Pasargadae is now under the management and protection of Iranian Cultural Heritage organization.

The original name of Pasargadae, was something like “Pa-sar-gad” (It makes more sense if someone pronounces it to you, to realize the difference), and has no relation with “Pars”.The name Pasargadae was originated from one of the nomads of Persian Kings, called “Pasaragadae” nomad.Another interpretation of its name is: “Parseh- Grad”, which could also mean the “City of Pars(Persian)”.

Persia was the Achaemenians birthplace. According to Herodotus, Achaemenids were of the tribe of “Pasagardian”s. who resided in Persia,, and Achaemenid Dynasty was their dynastic beginning. Achaemenids were Persians and were the first native kings of Persia and then Anshan. By defeating the Medes and after conquering Lydia and Babylon, Cyrus the Great was named the founder of the Achaemenid dynasty.

In accordance with the traditions, after defeating the Medes, Cyrus the great chose the land where he triumphed over Astyages, the Murghab plain, as the capital of the Kingdom.

Achaemenid Empire is known to be the world’s first Empire. The rise of Achaemenians and Persians was one of the profound events in the ancient history. They had founded a dynasty which overcame all of the ancient world except 2/3 of Greece.

Strabo of Amasia, a Roman geographer, has also written in his book of “The geography of Strabo” that king Cyrus had built this city, on a plain land where he defeated the leader of Medes, Astyages in 550BC”..

This plain is beautifully situated in the centre of a fertile plain, and surrounded by nature and mountains from all sides, a valley filled with sediments of Pulvar river. This was his first triumph, and his following victories were towards Lydians, New Babylonians and Egyptians. From ancient times, Cyrus had been known as the liberator of Babylon and one who had freed Jews from exile.

The remains of the tomb of Cyrus’s son and successor Cambyses II have been found in Pasargadae, near the fortress of Tall-e-Takht.  Pasargadae resembled a park of 2x3 km in which several monumental buildings were to be seen.  Pasargadae became a prototype for the Persian Garden Concept of four quadrants formally divided by waterways or pathways, its architecture characterized by refined details and slender verticality.

Pasargadae was first archaeologically explored during two excavations by the German archaeologist, “Ernst Herzfeld”. One in 1905 and the next one with his assistant, Friedrich Krefter, in 1928. Following excavations were done by archaeologists such as “Sir Aurel Stein” in 1934.

From 1949 to 1955 an Iranian team were entrusted to perform further excavations and studies. From 1961 to 1963 a British institute of Persian studies led by David Stornach resumed the excavations.

In archaeological sense of the word, there was no palace at Pasargadae. King Cyrus ordered the construction of several buildings in a park: an entrance hall an Audience hall, two pavilions (A and B), and a Residential Palace. The ancient Iranian word is *Paradaiza*, "something surrounded by a wall", and the English word "Paradise" is derived from this original.

It is best to imagine the Pasargadae as a group of garden pavilions in a park. Resembling the camp of nomads, which are made out of natural stone. In terms of styling, the Audience Hall, the Residential Palace, the Garden Pavilions, and the gate belonged to the architectural tradition of Nomads, who lived in large tents.

King Cyrus has also used the elements from other cultures as well, such as sculptures from Assyrian Palaces which were used as models, works may have been done by stonemasons from Greek Ionia, and a hybrid demon guarding the gate.

The population of the city was also as diverse as the elements used in building Pasargadae.

In this section we will briefly go through the various parts of Pasargadae, to help you gain insight on this ancient site. This may be able to be of help for when you decide to visit Pasargadae on your next trip to Iran.

When and how to go to Pasargadae

Obviously if one wants to visit Pasargadae they have to travel to Iran and to its cultural capital, Shiraz. You will have plenty of options for travelling to Shiraz. Airplane, personal car, Bus, train, you name it. As a personal recommendation, I would recommend taking a train to Shiraz, it’s less boring as you’ll be entertained by the surrounding landscapes, and for someone like me who gets carsick during a bus ride, train will be the best option. If I had to chose between the train and airplane, I would still choose train.

Spring is the best time to travel to anywhere in Iran, as its incredibly beautiful regarding the weather and nature. Shiraz is especially famous for the smell of sour tree blossoms during March and April.

Given that Pasargadae is located 130 km from Shiraz, for someone who is unfamiliar with the area it is highly recommended to either take tours for visiting the entire area, or to go with locals, never in million years try to be adventurous enough to go out there and anywhere you’re unfamiliar with, all by yourself. Plus, such rich and historic places need professional guiding.

To be able to make the most out of your trip to Iran, we’re giving you a friendly word of advice: “Make use of reliable and professional tours to show you around”.

Although you might be knowledgeable about the history of these places, but regarding the transportation routes and methods only professional tours and locals can be of great help.

To find such tours you can just contact us. On our website there are packages available for travelling to Iran, other than that, we provide you with information regarding tours inside Iran. From the various options we will present to you, you’ll be able to choose the one that best suits your criteria, budget and schedule.

Pasargadae (UNESCO World Heritage Site) is one the most wanted Iran highlight. Iran Negin Travel team recommend you to visit Iran and Shiraz. Thorugh our Iran tour packages you can visit every single important sights in Iran. Our Iran tour packages are made to plan your trip to Iran with unique services. We can make your trip to Iran a wonderful trip. Our daily city tours in Shiraz can also provide you the best services! 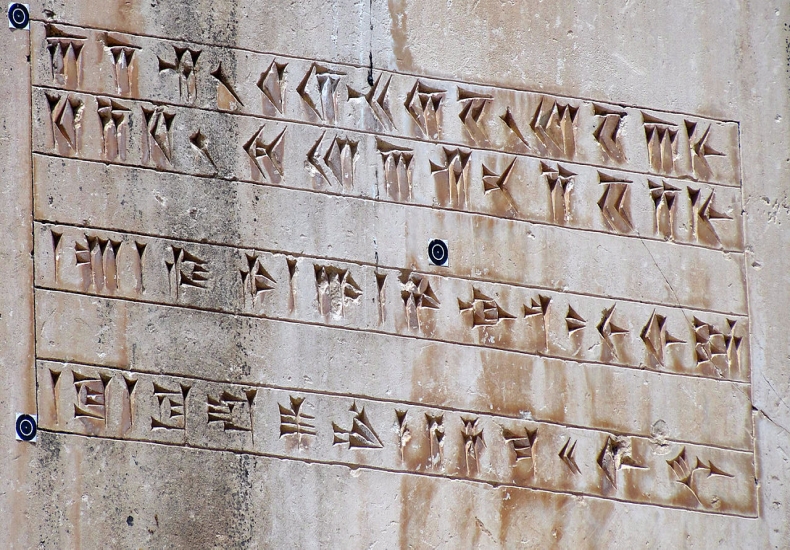